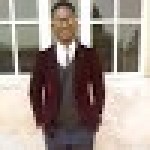 Residents neglect lack of compensation over losses, after deadly explosion in Ondo caused damages to house and properties.

The residents who were victims of the damages caused by an explosive truck in Akure earlier this year have now been reportedly neglect lack of compensation.

Recall that on March 28, 2020, a truck carrying some explosive items to Edo State had broken down in the said area.

The truck soon went up in flames and destroying almost anything within sight.

Residents of Eleyewo, Iluabo and Osi at Oba Ile in Akure North Local Government Area of the state are yet to be relieved after the explosion that rocked the communities, destroying over 100 houses and other valuables.

Many buildings in the area remain demolished without compensations from the Government, while owners have abandoned them for the time being.

SaharaReporters in a report said that some residents now shelter in mosques, churches, gas stations and houses of friends close to the neighbourhood since the incident.