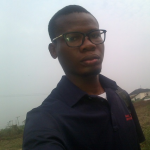 N-Power was created by the Federal Government on June 8, 2016 to address the issues of youth unemployment and help increase social development.

The scheme was created for unemployed graduates and non-graduates between the ages of 18 and 35. It is a paid programme of a two-year duration, aimed at engaging beneficiaries in their states of residence.

The Batch A were supposed to spend 24 months on the programme, but instead they spent 43 months.

However, there have been complaints of difficulties in the registration process, fake sites and links, as well as unsuspecting applicants being defrauded.

Has million applicants seek comfort in this painful giant of West Africa or this Africa most populated country on Earth with the economy virus called Corruption eaten so deep into Great Giant to the extent of few individuals who are drunk of political power that as blinded them not to think creatively to further development and social security for the masses of this Great Giant on African soil.

Poor and lack of inadequate policies and change of governments that come in with different objectives that are not achievable in the space of 8years in power due to selfish and greedy set of hungry politicians in public office that occupy different position which is a norm to them as their family or father inheritance.

Due to large gap in policies making as created room for fraudulent process or way to cripple in and build their agencies of Hush Puppi to defraud the citizens of their hard earn money for the sake of apply for Federal Distribution of National Chi -Chi and the rest.

I prayer the Lord Almighty in HIS infinite mercy and grace guide our leaders to make proper policies that will turn the face of this Great Giant into Shining Light and for other African countries who are looking up to them as signpost for development. Amen.
God Bless Nigeria
God Bless Us

Heard I am being cursed in Mosques – Renowned Activist Aisha Yesufu

I have been ‘disrespected’ – Infuriated Lady laments